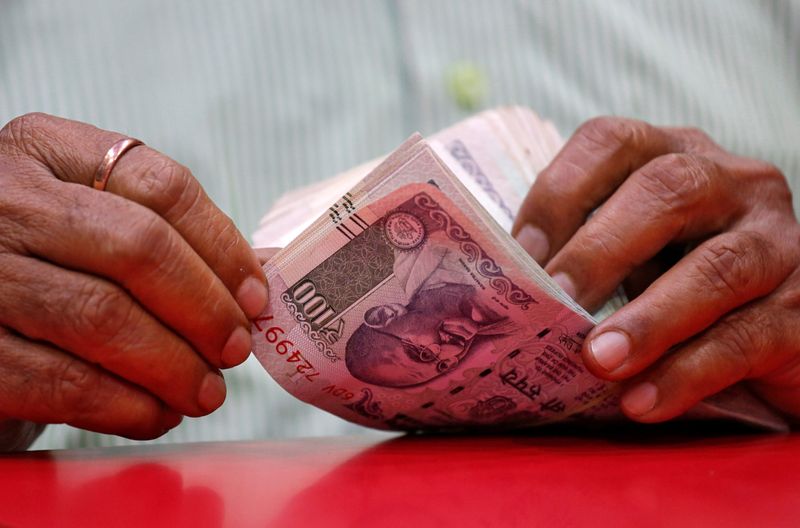 The battered Indian rupee will weaken further against the dollar over the coming year as a significant pickup in economic growth is unlikely,

While Reserve Bank of India Governor Shaktikanta Das has said reviving growth was a ‘national objective’ in coordination with the government, the latest budget provided only minimal support to the slowing economy.

“We have to recognize that if the global economy is going to slow, especially with what is happening in China, it is very difficult for the other currencies to show very substantial appreciation mainly in the case of the rupee,”

“If sentiments continued to be constrained by concerns over the coronavirus, the rupee will not be an outlier in an EM sell-off relating to the virus which is on top of other domestic factors which are potentially rupee negative.”

The Indian currency has lost around 1% in the past 15 days and the Feb. 3-5 poll of over 50 strategists predicted the rupee would have slipped a touch over 1% against the dollar to 72.00 in a year. It was trading around 71.20 on Wednesday.

Analysis showed the standard deviation of forecasts, a commonly used gauge of dispersion, for the 12-month outlook was the lowest in over two years, suggesting most strategists thought the currency would depreciate further.

The central bank was expected to keep rates on hold at its meeting later on Thursday due to rising inflation concerns, despite economic growth at its weakest in 26 quarters in the three months to September and forecast to be the slowest since the financial crisis in the current fiscal year.

While forecasts were downbeat for growth, the government has projected a fiscal deficit target of 3.5% for next fiscal year, indicating limited scope for massive spending to boost output.

Foreign investors have pumped over $1 billion into Indian stocks so far this year, which is generally positive for the rupee, but strategists said the poor growth outlook would require a weaker currency to improve competitiveness.

China to halve tariffs on some U.S. imports as virus risks grow