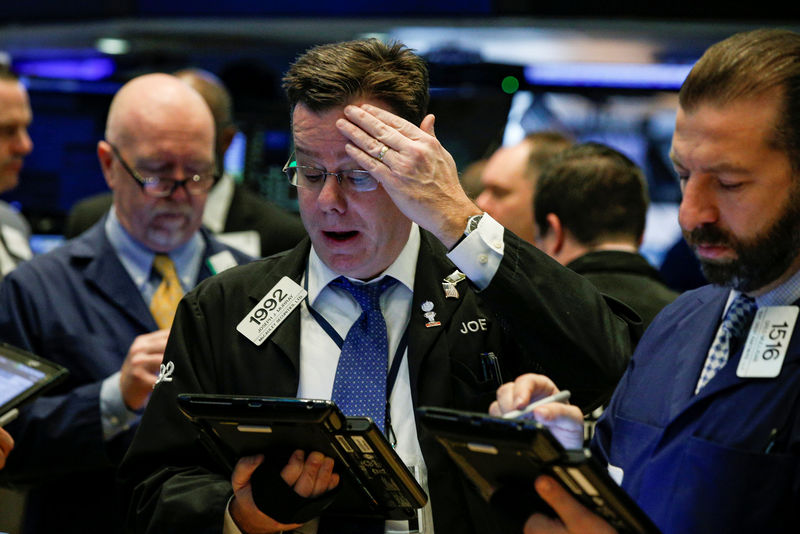 The Dow and S&P suffered their biggest daily loss in two years on Monday, paced by a selloff in energy and tech stocks on worries about a potential corona-virus pandemic outbreak.

The World Health Organization warned that a “sudden increase in new cases” outside of China is “deeply concerning,” following a rise in infections of Covid-19 in Italy, South Korea and Iran.

With fears rising that the window of opportunity to contain the virus may have been missed and of a longer-than-expected return to normal operations for supply chains in China, investors abandoned tech and travel stocks.

Facebook, Apple, Amazon, Netflix and Google-parent Alphabet were down sharply.

Semiconductor companies, for which China represents an important source of growth, led the broader decline in the tech, with Advanced Micro Devices and Nvidia both down 7% and Texas Instruments down 5%.

The spread of the virus, however, has prompted investor hopes the Federal Reserve will come to the rescue and deliver a rate cut sooner rather than later.

“The U.S. economy will also likely be affected, but based on the current backdrop, recession risk still appears relatively low. The drag will be partially offset by a sharp drop in interest rates and energy prices,” Suntrust said in a note to clients.

Energy stocks suffered sharp losses, falling 4.7%, on a slump in oil prices as the spread of the virus stoked further worries about Chinese oil demand.