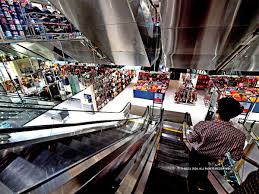 India’s dominant service industry began 2020 in a buoyant mood as activity accelerated in January at the fastest pace in seven years on strong domestic demand, a private survey showed on Wednesday.

The results would likely bring some relief for markets and policymakers after only modest spending increases in a recent budget had disappointed investors looking for more robust stimulus to support a stuttering economy.

The Nikkei/IHS Markit Services Purchasing Managers’ Index rose to 55.5 in January from December’s 53.3. It was the highest reading since January 2013 and above the 50-mark separating growth from contraction for a third straight month.

“The Indian service sector sprung to life at the start of 2020, defying expectations of fragility and building on to the momentum gained at the end of 2019,” Pollyanna De Lima, principal economist at IHS Markit, said in a release.

“With business revenues rising, service providers continued to increase capacity to meet further strong growth in sales. This is good news for jobseekers, particularly when we consider the results from the manufacturing industry which showed the steepest upturn in employment since August 2012.”

A sub-index tracking new business also climbed to its highest since January 2013, encouraging firms to maintain a strong hiring rate.

Yet, not everything was rosy. New export business – a proxy of foreign demand – contracted last month, falling to its lowest since May 2018 on weaker demand from China, the United States and Europe. Pressure could heighten further amid growing global risks from China’s coronavirus epidemic which has rapidly spread to other countries and claimed nearly 500 lives, nearly all in mainland China.

Moreover, prices charged by service firms increased at the fastest pace in nearly two years after a sharper rise in input costs forced businesses to transfer some of the inflationary pressure to consumers.

That suggests overall inflation could remain above the Reserve Bank of India’s medium-term target of 4%, making it difficult for the central bank to ease monetary policy further.

“One worrying development, however, was the trend for inflation. This may translate into quicker increases in selling prices in months to come, which may curb sales,” De Lima said.

“Firms could also choose to restrict hiring in order to protect profit margins.”

Service providers remained optimistic about growth in the year ahead, although the expectations index remained well below the long-term average.