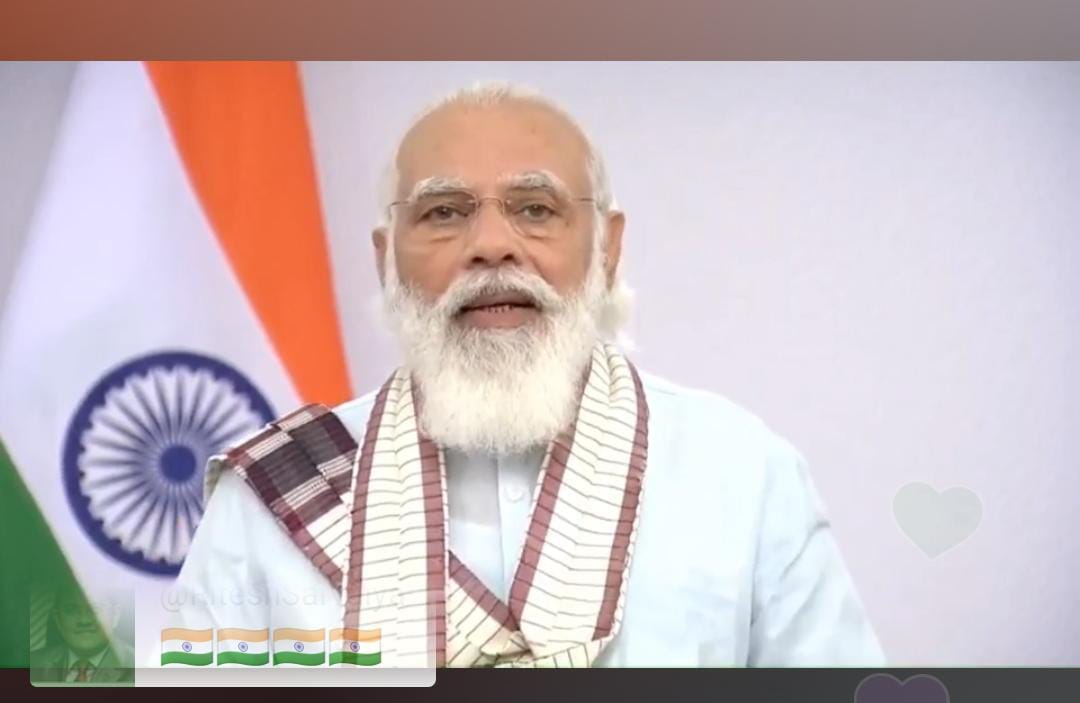 In a first such warning against an emerging second peak of Covid-19, Prime Minister Narendra Modi on Wednesday asked states to take quick and decisive steps to check the spread of the virus. In an urgently called video-conference meeting, chief ministers were told to adopt the test, track and treat strategy to stop a new Covid wave. “While we do not want to create any panic, we have to take steps to rid ourselves of this trouble,” Modi said, adding that the country needs the same seriousness as last year.

The PM called for an increase in the number of vaccination centers and asked states to control was­t­age of doses. Although opening up vaccination for all without an age bar has been a demand from many states, the PM didn’t talk about it in his address after the meeting. “The confidence we have gained in reaching this point in our fight against the pandemic should not turn to negligence,’’ the PM said.

Concerned over the increase in cases in smaller tier one and two cities, Modi said if the disease were to spread to villages, the available health facilities cou­ld fall short in m­e­e­ting the challenge.

Daily new Covid cases in India reached a three-month high of 28,903 on Wednesday, according to the health ministry data. In the last two weeks alone, 70 districts across 16 states saw an increase of more than 150 percent in new Covid cases. Another 55 districts concentrated in 17 states have recorded an increase of 100 -150 percent in the daily case count. While more than 96 percent of the cases in India have recovered, the government is concerned over the high test positivity rate in Maharashtra and Madhya Pradesh.

Modi asked states to scale up RT-PCR testing to detect cases in a timely manner and create micro containment zones to stop transmission of the virus. “The RT-PCR testing rate has to be over 70 percent….Why is it that some states are seeing a reduction in testing?… This is a test of good governance,” Modi said.

The PM also pulled up local administrations for getting lax about enforcing Covid appropriate behavior such as wearing masks. “Any gaps in planning and governance have to be fixed.”

With travel across the country and from abroad now open, Modi said there was a need to improve inter-state coordination for proper tracing and tracking of contacts. “If required a new mechanism can be created for this.”

He also asked the states to reorient the pandemic response staff SOPs for containment and contact tracing. “We have to strategize by incorporating our past experiences, in our efforts.”

Reiterating his mantra “Dawai Bhi, Kadai Bhi” (medicine as well as a precaution), the PM said this was true for all illnesses including Covid. “You don’t go out without woolens in chilly weather even if you have taken medicine for a cold…It is a simple thing that people should be explained.”

The virtual meeting was attended by home minister Amit Shah, Health Minister Harsh Vardhan, and chief ministers of states including Gujarat, Maharashtra, Punjab, and Nagaland, among others. West Bengal was one of the states absent in the meeting.

COVID-19 Update: Janata Curfew to be imposed in Maharashtra’s Jalgaon from March 11