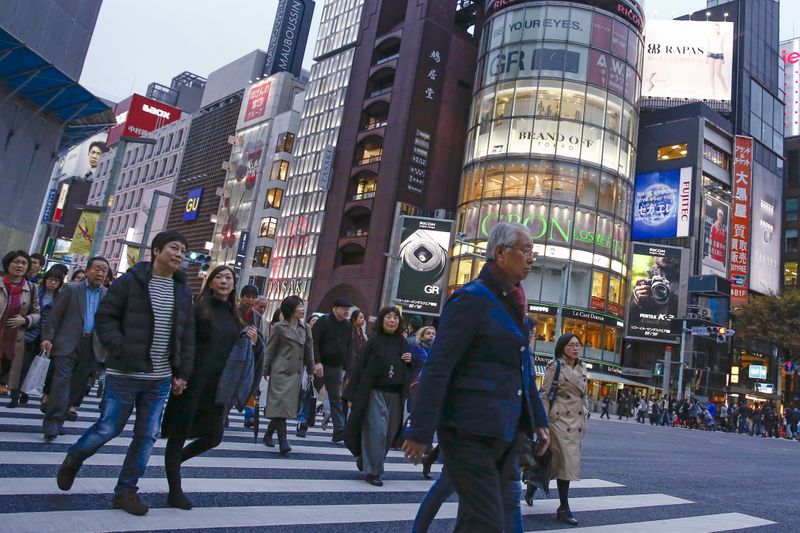 Japanese homes extended their frugal spell for a fourth straight month in January as an earlier sales tax hike and a warmer winter kept wallets shut, adding to headaches for firms as they struggle with the growing hit to business from the coronavirus.

The world’s third-largest economy is trying to cushion the blow to output and exports from the global health crisis, which threatens to tip it into its first recession in nearly five years.

Household spending fell 3.9% in January from a year earlier, government data showed on Friday, largely in line with a median forecast for a 4.0% decline.

That marked the longest stretch of contraction since a five-month run to June 2018, a government official said.

The gloomy data suggests households were tightening their purse strings even before the coronavirus forced many retail outlets to close their doors in February and March as shoppers stayed at home.

The coronavirus crisis now threatens to spoil chances of the domestic-led recovery many policymakers had hoped for after the economy shrank at its fastest pace in nearly six years in the past quarter.

In central Tokyo’s exclusive Aoyama district, some of the fashion and hairdressing shops are already seeing strains from the virus outbreak.

Clothing store manager Sayaka Nishi said her shop selling cotton dresses hand-woven in India is seeing noticeably fewer patrons, while foreign shoppers have fallen by as much as 90%.

Japan’s economy shrank an annualised 6.3% in the October-December period as the sales tax hike hit consumer and business spending. The Cabinet Office will publish revised GDP data on March 9.

A preliminary U.S.-China trade deal had raised hopes globally of a let-up in the pressure businesses face worldwide, in particular export-reliant nations like Japan.

But uncertainty over how the spread of the virus could affect global and Chinese economic growth has now cast a shadow on the BOJ’s rosy economic projections.