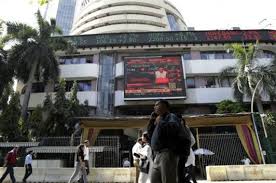 The Indian stock market plunged into bear territory on Thursday, with the blue-chip Nifty 50 sliding to its lowest in over 2-1/2 years, after the coronavirus outbreak was termed a pandemic and the United States suspended travel from Europe.

“The very fact that the WHO  has called the outbreak a pandemic is a cause for worry for investors, especially since this comes against a backdrop of a slowing Indian economy,” experts said.

The Indian economy expanded at its slowest pace in more than six years in the last three months of 2019, with the recent collapse of a big bank adding to complications.

“India entered 2020 with a massive demand problem, and that has been worsened now. This is a wash-out year for markets,” Advisory said.

Markets around the world were stunned after U.S. President Donald Trump suspended all travel to the United States from Europe, except from the United Kingdom, for 30 days starting Friday.

India too said it would suspend a vast majority of visas to the country to contain the virus.

All stocks on the blue-chip indexes in Mumbai were trading in the red, dragged down mostly by large-cap energy and financial shares.

Top private-sector lender HDFC Bank Ltd caused the biggest damage to the indexes, sliding 9.5% to its lowest since Nov. 2018.