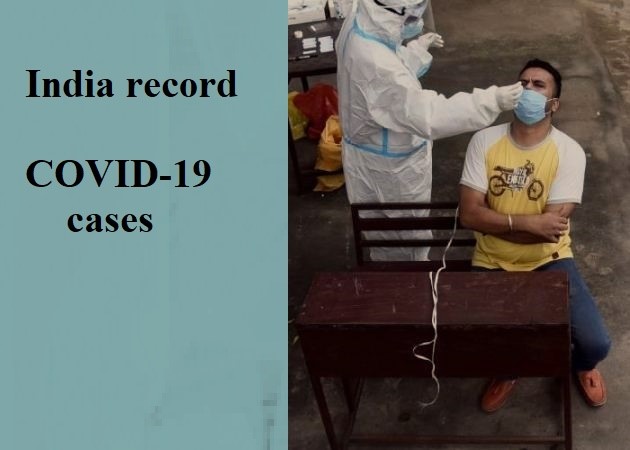 India on Monday registered a record 92,070 coronavirus cases in 24 hours taking the total number of infections to over 48 lakh, according to the Union Ministry of Health and Family Welfare. The country also recorded 1,136 deaths in the last 24 hours, the cumulative toll reached 79,722. The total case tally stands at 4,846,427 including 9,86,598 active cases while total recoveries stand at 37,80,107.

A total of 37,02,595 people have recuperated from COVID-19 in the country so far, with 58 per cent of the recovered cases being reported from Maharashtra, Tamil Nadu, Andhra Pradesh, Karnataka and Uttar Pradesh, the Centre said on Sunday. The same five states account for 60 per cent of total 9,73,175 active cases in the country. The national recovery rate now stands at 77.88 per cent.

A COVID-19 vaccine is likely to be available by early next year and the government is considering its emergency authorisation for high-risk people, Harsh Vardhan said, asserting he will take the first shot to address any “trust deficit” over its safety.

The overall number of global coronavirus cases has topped 28.8 million, while the deaths have increased to over 922,000, according to the Johns Hopkins University. As of Monday morning, the total number of cases stood at 28,891,676 and the fatalities rose to 922,441, the University’s Center for Systems Science and Engineering  revealed in its latest update.

COVID-19 vaccine could be distributed from October: US President Donald Trump