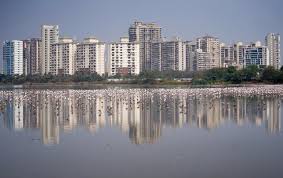 House prices rose 5.7% on average in 2018, the weakest since comparable records began in 2010, and data available for last year suggest a much weaker market despite a rapid-fire succession of interest rate cuts from the Reserve Bank of India.

That is well below 3.0% and 4.25% expected in a poll three months ago and only about a third of the latest reported rate of consumer price inflation.

Project delays due to the recent liquidity crisis meant fewer people were buying houses, he said. “There is a dire need to address this concern immediately.”

Asia’s third-largest economy expanded at its slowest pace in more than six years in the last three months of 2019, with further deceleration expected from the global coronavirus outbreak. That too will not help a market stuck in low gear.

All but one of the 12 analysts who answered an additional question said the latest union budget will have no impact on housing market activity.

And all respondents said a prolonged period of sub-par housing market activity followed by a recovery is more likely over the coming year. None chose ‘an acceleration’ or ‘a slowdown’ from the options provided.

Mumbai, Delhi and the National Capital Region were the most over-valued, according to respondents in the poll. But Bengaluru and Chennai, two major cities in southern India, were rated as fairly priced – a view held by property analysts since Reuters began surveying the market in Nov 2018.