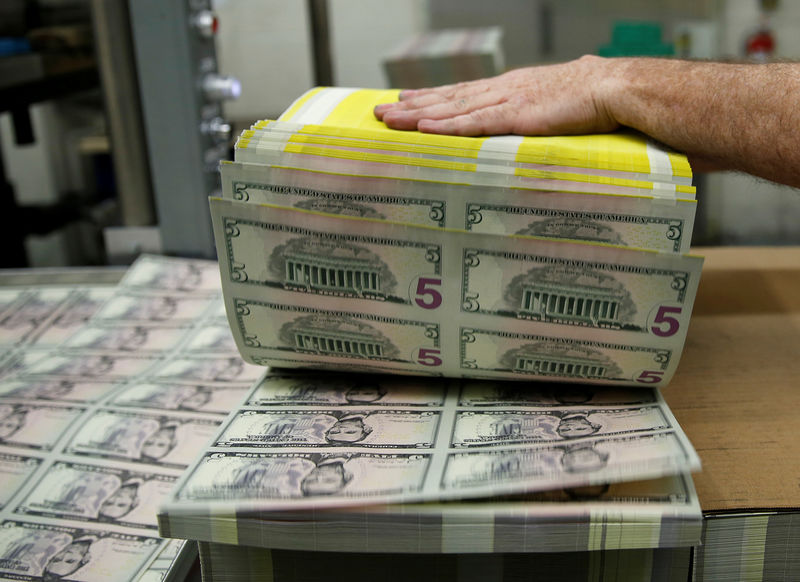 Emerging signs of a rush for dollars in the global financial system have spurred calls for the world’s central banks to use a key tool deployed during the credit crisis more than a decade ago: currency swap lines.

The Bloomberg Dollar Spot Index climbed more than 1% for the second time this week on Thursday, reaching a three-year high. The Japanese yen, so often a haven in times of stress, closed little changed despite the biggest stock slide on Wall Street since the 1987 crash. Emerging-market currencies including South Korea’s won and Mexico’s peso have tumbled this week, evidence that foreign investors are yanking money and scrambling into the greenback.

Gauges of dollar demand for traders have shown rapidly mounting strains. While central banks including the Federal Reserve and Bank of Japan have been injecting liquidity into domestic money markets, they have yet to tap into swap lines that were set up more than a decade ago to avoid a paralyzing shortage of the world’s main reserve currency.

“Additional liquidity measures will likely be needed,” Evercore ISI analysts Krishna Guha and Ernie Tedeschi wrote in a note Thursday, after the U.S. central bank ramped up the amount of cash it’s prepared to inject into funding markets. Further action could address the “distribution of dollars globally as companies hit by cash-flow interruptions look to draw down dollar credit lines.”

The swap lines were set up in 2007, terminated in 2010 and then revived as the euro crisis emerged later that same year. In 2013, the Fed made the arrangements with five developed-nation counterparts a standing facility. Given that they involve the provision of currency to foreign agents, the lines have faced political opposition: Some in the U.S. Congress criticized the Fed for extending dollars to foreign entities in the past.

One option is for countries outside the U.S. to draw down their foreign-exchange reserves. But that could quickly turn into a race among traders to see how much of those stockpiles officials would be willing to run down. The Fed swap lines provide the easiest solution, because they have no pre-set limit.