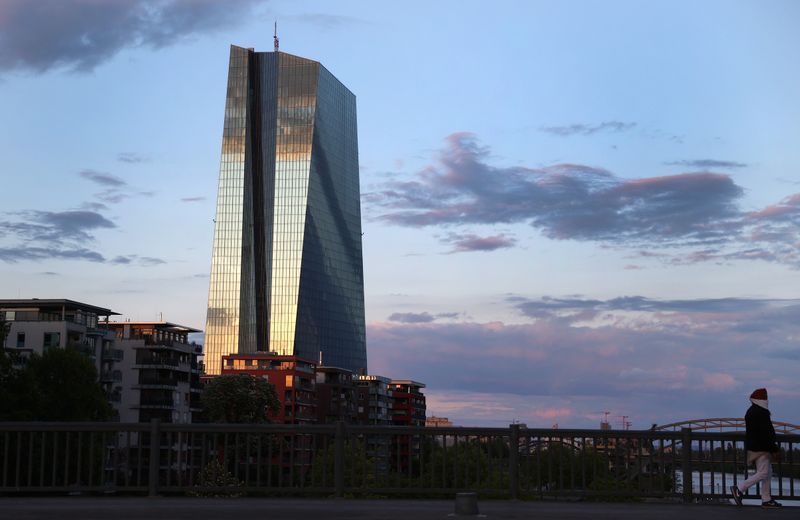 The Bundesbank must stop buying government bonds under the European Central Bank’s long-running stimulus scheme within three months unless the ECB can prove those purchases are needed, Germany’s top court ruled on Tuesday.

The ruling deals a blow to a scheme, called Public Sector Purchase Programme, that has kept the euro zone’s economy afloat during several crises and raises the prospect of a new conflict between the ECB and its largest shareholder, Germany.

However, the judges in Karlsruhe said their decision did not apply to the ECB’s latest pandemic-fighting programme, a 750 billion euro ($815 billion) scheme approved last month to prop up the coronavirus-stricken euro area economy.

German bonds and the euro sold off of after the ruling, with the benchmark 10-year Bund yield climbing to briefly touch a session high of -0.517% . European stocks cut some gains and the pan-European STOXX 600 index was last up 1.05%.

Ruling in a case that dates back three years, Germany’s top court raised objections to the Bundesbank’s participation in the PSPP, which was launched in 2015 and currently accounts for less than a quarter of the ECB’s monthly asset purchases.

“The Bundesbank may thus no longer participate in the implementation and execution of the ECB decisions at issue, unless the ECB Governing Council adopts a new decision that demonstrates…the PSPP are not disproportionate to the economic and fiscal policy effects,” the judges said.

The judges added the German central bank must also sell the bonds already bought, albeit based “on a – possibly long-term – strategy coordinated with” the rest of the euro zone. German bonds bought under the PSPP were worth 533.9 billion euros at the end of April.

Luis Garicano, a Spanish liberal member of the European Parliament, said the ruling posed a threat to the future of pan-European institutions.

Amassing nearly 3 trillion euros of bonds since 2015, the ECB has long relied on bond purchases to support the economy through crises and a threat of deflation.

As the central bank of the euro zone’s largest economy, the Bundesbank has taken the lion’s shares of those purchases.

With much of the euro zone now in lockdown to halt the spread of the virus, the ECB plans to print another 1 trillion euros to keep borrowing costs down for companies and governments.

But a group of academics in Germany has long argued that the ECB is overstepping its mandate, and that these buys constitute direct financing of governments – a contravention of the central bank’s obligations under the European Treaty.

The German ruling comes after the European Court of Justice has already cleared the scheme, arguing that it does not constitute illegal financing and considers the ECB’s measures proportional.