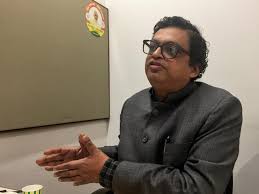 Financial market participants have been lobbying for scrapping long term capital gains tax (LTCG) on investment in equity or equity-oriented funds or extending the holding period from the current one year to two years with nil tax.

India charges 15% short-term capital gains tax if equity shares are sold within a year and at 10% if sold after a year.

Another demand has been for an amendment to dividend distribution tax (DDT) rules.

In pre-budget consultations with the finance minister and the prime minister’s office, Bharatiya Janata Party leaders have urged the government to consider industry demands and listed measures to revive investments, Gopal Krishna Agarwal, economic affairs spokesman of BJP, told Reuters in an interview.

The long-term capital gain tax of 10% on the sale of equity shares was re-introduced in 2018 by former finance minister Arun Jaitley after a gap of 14 years, much to the disappointment of market participants and has been a major hindrance to foreign investment.

“These are doable and without putting much financial burden on the government”.

Currently, Indian companies pay over 15% dividend distribution tax on declared dividends and investors pay another 10% tax on receiving more than one million rupees ($14,070) dividend in a financial year.